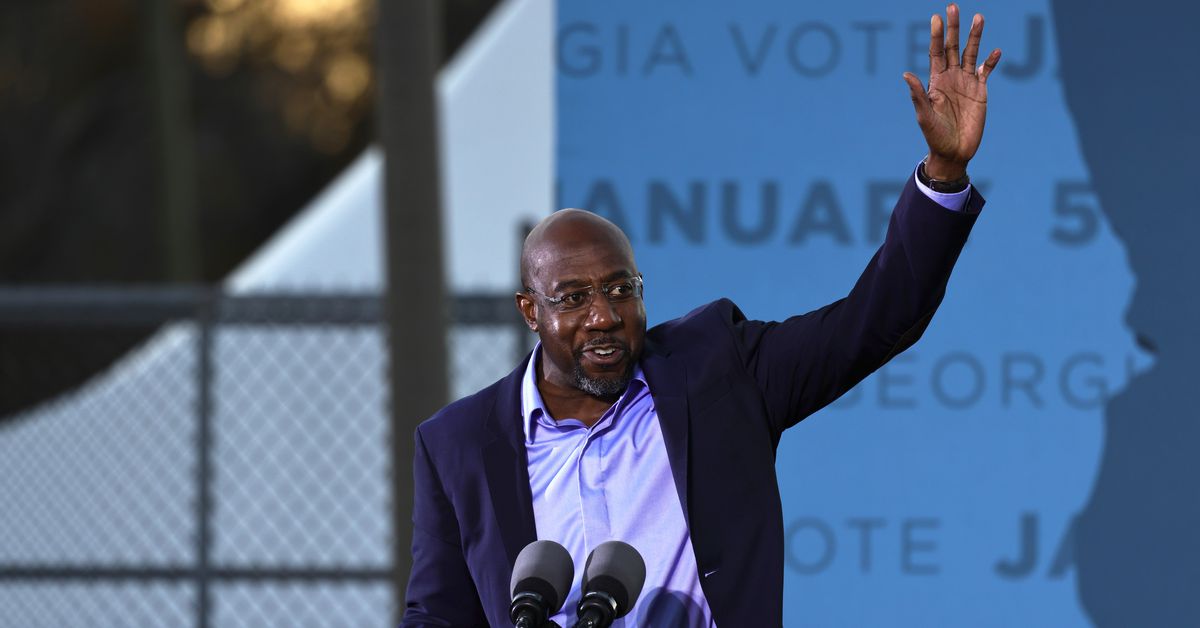 Tuesday will determine the outcome of the balance of power in the United States Senate via two runoff elections in Georgia. And as of now, the two Democratic Party candidates are moving in the betting markets toward being favored for victory.

Democrat Raphael Warnock now has a solid lead over incumbent Republican Kelly Loeffler, while Jon Ossoff is basically a 50/50 proposition with Republican incumbent David Perdue. Perdue is also unable to campaign through the home stretch because of contact with someone that tested positive for COVID-19.

The surge for the Democrats has come late, possibly correlated with the release of a tape yesterday of Donald Trump attempting to have Georgia Secretary of State Brad Raffensperger overturn the already-certified results of his loss on November 3rd in the state to President-elect Joe Biden.

Last week both Republicans were in the lead, though as of Saturday Warnock was priced at .57 to .45. via PredictIt.com, a site legal for US bettors to wager on the outcome of the election. But that price has moved severely in the last 48 hours, with Warnock now holding a .63-.39 advantage as of this writing.

The issue for bettors in these races has been the lack of reliable polling. Many sampling outfits are choosing to sit out the Georgia runoffs while recalibrating after a mediocre performance in the 2020 general election across the nation. There hasn’t been an A-rated poll via FiveThirtyEight.com in either race since December 20th.

That leaves the early voting numbers in the state as the only recent objective data for bettors to lean on when handicapping. About 77% the amount of people that voted early in the November 3rd general election have done so already, and those early voters tend to be clustered around parts of Georgia that lean Democratic.

Exactly 3,041,581 Georgians voted early, which is 39.3% of registered voters. You can get super-nerdy with the raw data here, but a reasonable example would be that Fulton County (Atlanta) has a 42.4% early turnout, and had 72.6% of votes for Biden in November. Whereas rural Laurens County, which went 63.8% for Trump two months ago, had only a 32.9% early vote rate for the runoff.

But as we saw in November, Democrats tend to vote early and Republicans do more voting on the day of the election.

Here are some of the latest odds from bookmakers across the globe, as betting on elections is not allowed within the United States at legal wagering outlets. There is an exception domestically for sites such as PredictIt, which are exempted by the Commodities Futures Trading Commission, but cap wagers at $850 per person. We’ve translated all wagers from how they’re listed for their audience to “American odds” or “moneyline odds.”